Carbide Taps: A Practical User’s Guide to When, What, How and Why

Highly abrasive materials like cast iron, polymers, glass filled polycarbonates, and some cast aluminum are called “hard” materials for a reason. They’re hard to machine, hard on tool life and hard on production cycle times. How do you overcome the difficulties of making parts out of challenging raw stock? By using a tool that’s even tougher. Consider a change from steel taps to carbide taps.

When to Use Carbide Taps

While high speed steel (HSS) taps have a practical top limit of around 35-­40 HRC before tool life becomes severely limited, carbide is often used in materials with hardness up to 65 HRC (the ones that chew up HSS in no time). With the appropriate style for the application, tool life of carbide can be 5­20 times that of HSS, with the added bonus of superior accuracy.

What Carbide Taps to Use

That’s easy. Our carbide taps are American made from high-quality C2 micro-grain carbide by highly skilled machinists on state-­of-­the-art equipment, and are backed by decades of experience from our support staff.

We offer carbide taps in UN and Metric sizes as well as straight and NPT/F Pipe and STI Standards. A wide range of styles and features are available, including straight flute, spiral flute, spiral point, and forming taps. For increased performance and life, we can customize tools with a full line of surface coatings such as TiN, TiCN, and TiALN. 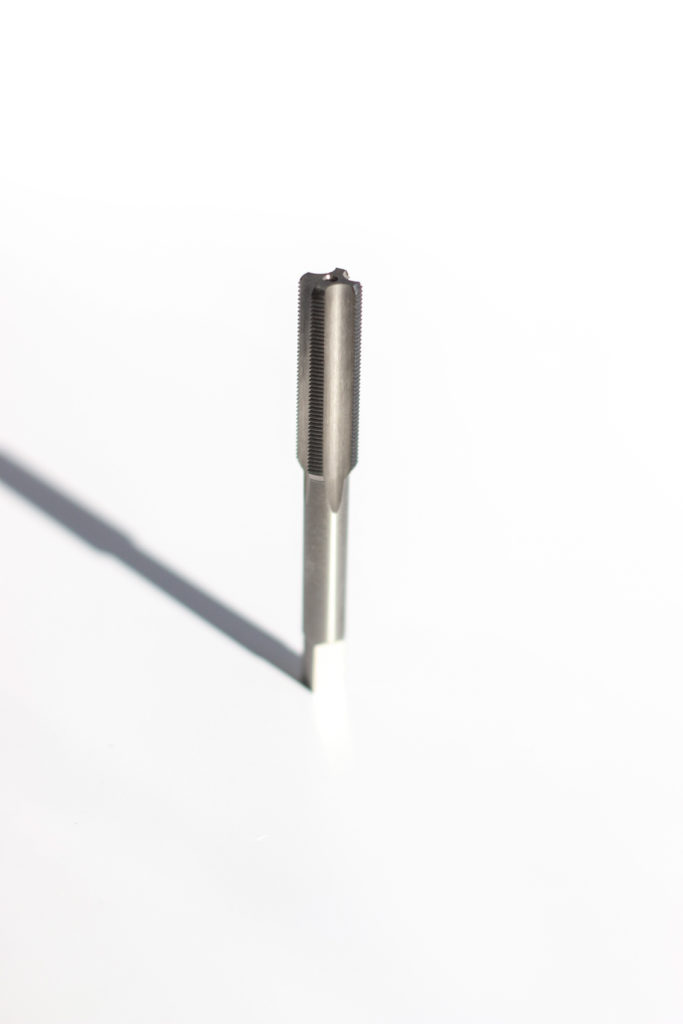 How to Use Carbide Taps

Machining with carbide does come with some “do’s and don’t”. Hand­ tapping is generally not recommended. Rigid tapping and spot­-on alignment are critical to avoid breakage. Not to worry, however. Modern CNC equipment is ideally suited for carbide applications.

Here’s some additional tips. Coolant holes through the taps are an option for flushing chips out of the holes on the most difficult materials like some of the tougher stainless steels and space-­age alloys. Carbide STI (Screw Thread Insert) tapping of these materials has become commonplace in the aeronautical and aerospace industries.

The Why of Carbide Taps

An alternative to costly larger sizes is our line of Carb­I­Sert® Taps. Solid carbide cutting surfaces are bonded onto a high-speed steel body to provide the best of both worlds; durability of carbide with the “forgiveness” of a steel body and shank.

So, don’t let difficult materials give you a “hard” time. Contact us anytime and put our carbide taps to work for you.